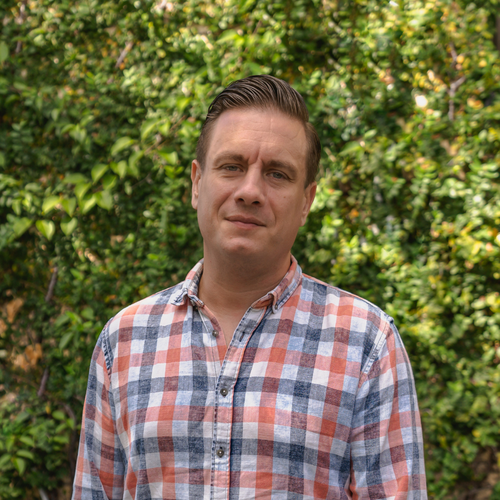 After kicking off his marketing career in the beer industry, Simon has worked with hundreds of brands across Australia and is now the CEO of Cemoh.

Born in the England in the 70s, Simon has spent a lot of his life in beer. Starting at University (where somehow he managed to get a joint honours degree in Law AND Politics), he spent a lot of his time as the President of the junior common room committee and organising events where everyone could get suitably drunk. Peak success saw one of his parties feature in The Sun newspaper.

After University, Simon Dell continued the party-themed jobs with management training through the venue-side of Bass Brewers were he found himself as an assistant manager of a small nightclub in Southampton, England. He then moved to London to continue managing nightclubs, initially with First Leisure (where he actually had to throw his own brother out one night) and then with the Roadhouse, a famous Covent Garden music dive-bar where Lemmy from Motorhead used to hang out, drink Budweiser and play pinball.

Running venues became supplying venues with a move into the management development program back at the brewing side of Bass Brewers (interesting fact: Bass Brewers is the world’s oldest trademark). From there he took on a BDM/sales role that covered regions from the south coast of England right up to the East End of London. There were lots of hours wasted stuck on the M25 and some hairy moments with unhappy gangsters who owed Bass a lot of money.

Eventually in 2003, he found his way to Brisbane where Heineken Australia snapped him up in a BDM role and then a few months later, became part of Lion Nathan working at the XXXX Brewery in Milton when they bought out the Heineken business in Australia.

Life at XXXX was great with probably the highlight being the time he managed to find his way onto the State Of Origin team bus one year during the journey from their hotel to Suncorp Stadium. He also moved from sales to marketing at XXXX, becoming a trade marketing manager, working with brands such as XXXX Gold, Tooheys New and Tooheys Extra Dry, to mention but a few.

From there, after brief stints with DB Breweries (Tiger, Monteith’s) and 9-months trying to run his own marketing consultancy (Straight Edge), Simon Dell formed a partnership with an exisiting web development agency owner and founded TwoCents.

TwoCents ran for six years. Badly. Whilst it produced great digital and creative work for clients, it made the classic small business mistake of employing too many people, too quickly and whilst it was a great learning curve, it never made much profit.

In January 2016, the business was sold and a few months later, just at the point his first son arrived, he went out consulting on his own.

In May 2018, he formed a partnership with Matthew Clarkson, who he had met six months earlier through a mutual friend and they formed Paper Planes.

During his agency time, he pretty much crossed every discipline including creative, branding, strategy, digital and so on. He’s built brands, directed videos, created a TV show, run social campaigns and everything in between.

Simon’s focus now is the digital space because it’s the best way to grow a business and because it’s more measurable. His areas of interest include overall digital strategy, SEO, Google Ads, Facebook Advertising and user experience.

Simon also hosts the Cemoh Marketing Podcast and is a highly regarded digital marketing speaker. He is a lifelong Tottenham Hotspur fan, plays a lot of Call of Duty, drinks way too much Pepsi, eats at Guzman Y Gomez too often, would like to work for Lego and actually no longer drinks much beer at all. His two young boys tire him out a lot.

Cemoh delivers the very best outsourced marketing strategists, consultants & implementation experts, no matter your size, industry or budget for as long as you need them.

‍We believe all businesses should have access to the best value marketing advice that can help them transform their business. To do this, Cemoh has collected together a group of inspiring and educated marketers, who can work with you for as long as you might need them.

All our Cemohs are trained to our high standards, follow rigorous and well-tested processes and have decades of marketing experience amongst them. Your business will be able to access not just one expert, but a whole panel. Highly-trained marketing experts with the capacity to learn about your business and super-charge your growth.

Our team members are supported by the best technology in order to track success and make sense of the growing volume of data available.

Towards the end of 2015, the business evolved to focus more on digital and marketing automation.

Their client roster varied from small companies and start-ups, to major clients including large national and global organisations.

"Thanks so much for yesterday. I got so much out of that one-hour session than I did out of a $4000 strategy session with another company which told me nothing I didn’t already know - Barbara Spooner."